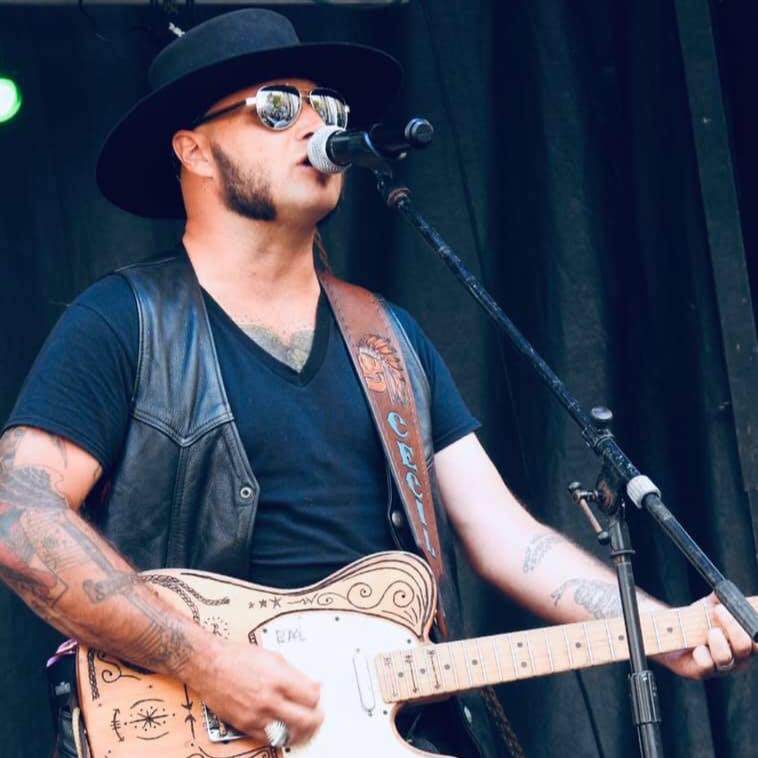 During the span of his career Cecil has been fortunate enough to become friends with some of his living heroes, as well as share the stage with an arguable who’s who list of some of the greatest songwriters and contemporaries of his time including Steve Earle, DAC, Kris Kristofferson, Billy Joe Shaver, Ray Wiley Hubbard, Charlie Daniels, Hank Williams Jr, Dickie Betts, Dwight Yoakam, Cowboy Jack Clement, Ralph Stanley, Roger Alan Wade, Danny Shirley & Confederate Railroad, Dale Watson and many more.