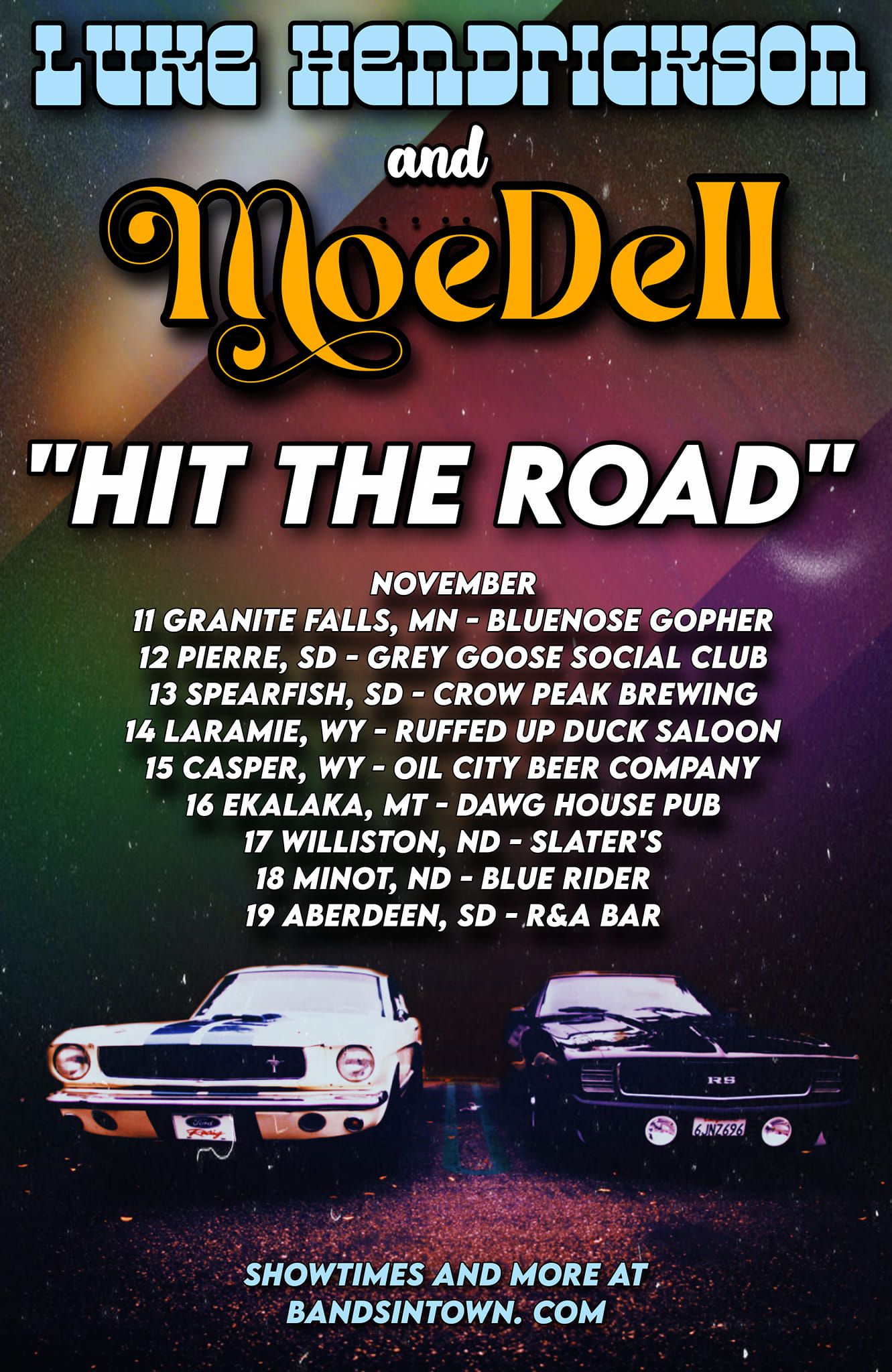 In 2017, Luke Hendrickson began nurturing a career as a full-time gigging musician and songwriter. In the time since, he has performed in 30+ states and Canada, releasing 2 full-length albums and an EP, earning him 4 nominations from the Midwest Country Music Organization, for awards such as “Songwriter of the Year” and “Album of the Year”. The songs within these recordings find inspiration in common experiences such as wanderlust, trauma, love, fear, hope, and at times…fun. Having emerged from the farmlands of rural southeast Minnesota, Luke is occasionally joined by his backing band, The Crop Circles. Cosmic. Cornfed.
Merch and downloads can be found at Lukehendrickson.bandcamp.com
MoeDeLL is an American singer-songwriter. His guitar picking style, poetic lyrics, and unique voice are the foundation. His foot stomping, down home melodies, tell tales from light to dark and from silliness to the endearing.
MoeDeLL grew up in southern Virginia, and it’s apparent in his songs, with country, bluegrass, and old-time music influencing his sound and storytelling.
Over the years, the Country Americana powerhouse has performed his “down home music” for crowds of every size. Engaging in a breakneck schedule of 250 shows a year, MoeDeLL holds court everywhere from listening rooms, to farmer’s markets, bars, winery’s, and festivals alike.
Back when he first started making music for a living, MoeDeLL received a sage piece of advice: “Play the same in front of 5 people as you would in front of 5000.”
MoeDeLL was nominated for Songwriter of the Year and Americana Artist of the Year, for the 2020 and 2021 Midwest Country Music Association Awards.
See less
+ Google Calendar+ iCal Export